Milena and her husband Andrew moved to Amsterdam at the beginning of January 2021 to start a new year in their new home. Both of them are Europeans but they lived in different places throughout their lives. 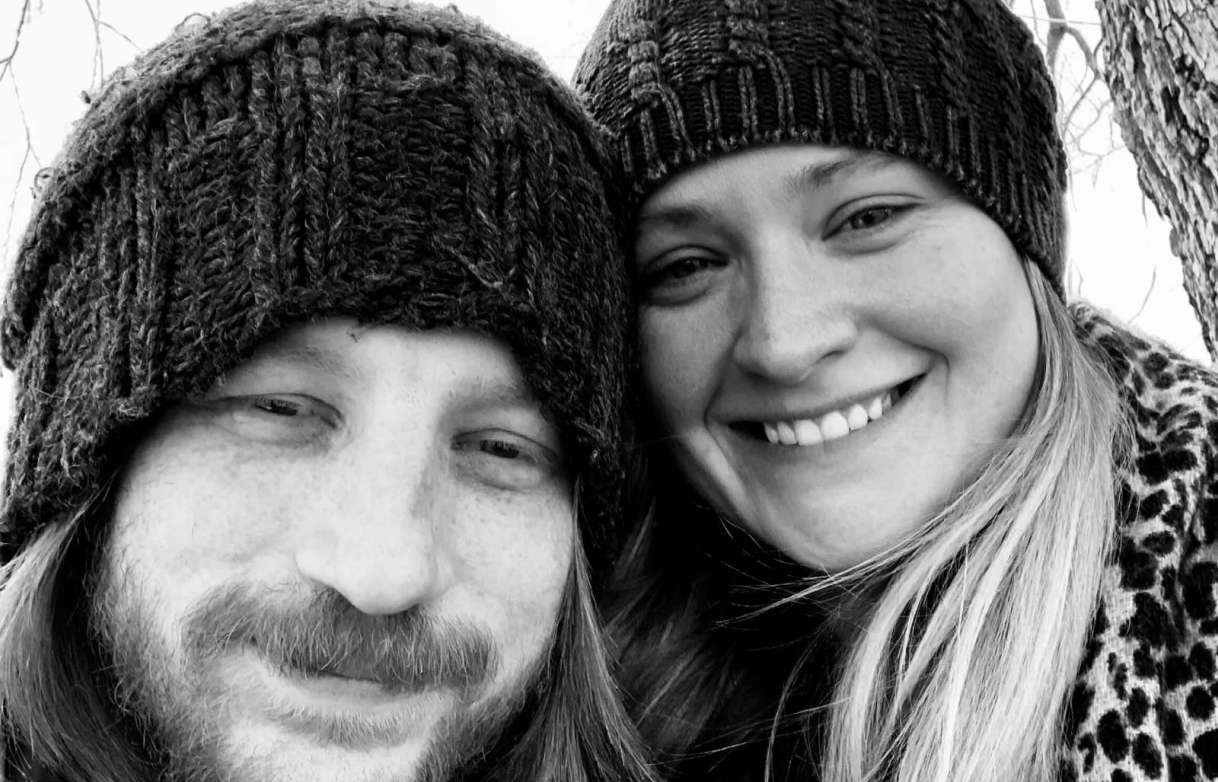 Andrew and Milena back in Connecticut

Milena and her husband Andrew moved to Amsterdam at the beginning of January 2021 to start a new year in their new home. Both of them are Europeans but they lived in different places throughout their lives. Milena was born and raised in Kharkiv, Ukraine, and moved to Canada with her family, when she was 10. She says,“I’m from Ukraine but I am more Canadian, as my adolescence was in Canada.” Andrew was born in the UK, lived in New York (US) as a kid with his family, then he went back to London, and after that he decided to move to Toronto, Canada for University. And this is where they met and lived together for 14 years before the big changes came.

When asked for an interesting fact about their home countries they had this to say:

Milena - “Oh, I don’t even know if I have a home country, it’s a strange feeling. If we talk about my original home country, I want to share an interesting fact. I am not sure how well known it is, but the flag of Ukraine symbolizes the sky for the blue colour above and the fields of wheat for the yellow below. I was always proud of how fertile our country is, and the meaning of the flag was always a cool thing that I remembered”

Andrew - “Usually each country has a national dish. It is interesting and not widely known that the UK’s national dish is curry. It may sound surprising, but it is true. And we love curry!”

The couple don’t miss their home. “We feel so good being here!” they say happily. Andrew and Milena traveled a lot, they love Europe and Canada was never enough for them. Moving to Europe made them very happy.

Later Milena adds with a smile, “I guess, there is one thing I miss, it’s the bacon! I haven’t been able to find the real American bacon. But it’s okay, I will survive without it.”

Milena and her mom enjoying winter  in Kharkiv, Ukraine

Andrew and Milena were living in Toronto for a very long time. They never actually planned to live in Europe. Even though they love it and had a secret dream to settle somewhere in Europe someday. One of the reasons was Andrew’s job. Before corona it was very office oriented. He had to be there, to show up, to be physically present at the meetings.

The couple couldn’t leave Canada at that point, but they always had a dream to live somewhere else ( ideally in Europe). “We were getting bored of Toronto, it was all the same and familiar...” Andrew talked to his boss and they decided to move him to New York City, which was new, more exciting, more vibrant, and close enough to Milena’s family in Canada.

Andrew and Milena moved to New York in the fall of 2019 (spoiler: 6 months before Corona started to hit the United States). They rented an apartment near Times Square in Manhattan, Milena applied for a work permit, and they started to settle in New York. In February, they visited Andrew’s family in Los Angeles. And then one month later, “in March 2020 corona happened, it started to be scary in New York, especially in the center of Manhattan, we got a little nervous”

Luckily Andrew’s family has a holiday house in Connecticut and the couple moved there. “We wanted to stay in Connecticut and wait, to see what it’s going to be like in the world, and then things started to get worse. We ended up living in Connecticut for nearly a year!” All of their stuff was left in New York, and they were living in the family holiday house with the cats. “The more we lived there, the more we got disenchanted, kinda a little afraid of America, because of everything what was happening at that time (pandemic and then elections)”

Obviously, staying in the holiday house was a temporary solution. Andrew and Milena packed everything that was in their apartment in New York, put it in a storage locker, and stopped renting the apartment as they were not living there. And at that point they had to think and decide what to do next.

At that time Andrew was working remotely for a while. The whole office culture that was mentioned before was not relevant anymore. He was allowed to work from home indefinitely. They had a conversation with Andrew’s boss, and he asked them to think for a few months where they want to live and let him know. “I was listening to this call, and as soon as the call ended, Andrew and I looked at each other and I blurted out ‘Amsterdam!’ and that’s what happened. It was crazy and we knew it”, says Milena with a smile.

Andrew and Milena at their engagement party in 2012

So how did their choice fall on Amsterdam? “It is like a dream come true, we picked the place on the map that we loved, and now we live here” Andrew and Milena never made plans to visit Amsterdam as tourists, they were obsessed with Scandinavian countries and wanted to explore that part of the world. Back in 2015, they were on their honeymoon, traveling to Norway and missed the only flight that goes from Amsterdam to Alesund, as their flight from Toronto was delayed. And the couple ended up spending 24 hours in Amsterdam by complete accident. “We decided to see what the city was about for a few hours. When we were driving in the car to the city, we looked out and thought ‘what is this magical place’, it was so pretty, it was Christmas time, all these lights... we fell in love with this city”. In two years they come back to spend two weeks as tourists in Amsterdam, and, now, two more years later they live here. “The first time we got to Amsterdam was by accident, and then we moved here by accident, so I say it is fate to be here”

When talking about Milena and Andrew’s relocation logistics, all of their stuff was already packed up and waiting in the locker, they just needed somebody to pick it up and put it on the boat. They also had to figure out how to relocate the cats, and their tickets. “We were so stressed out to do it all on our own to save money. Then we realised that it is better to pay, have less stress, and a longer life”, says Milena. Then the couple found Settly and trusted their move to them. At the beginning they were trying to figure out everything by themselves, but it was confusing, some of the Dutch stuff was not so easy to understand, and they were happy to pay for all the services.

“My main concern was the cats, because cats are great travelers’’ says Milena sarcastically. They had no idea which pet relocating company to choose, so Settly researched everything, gave them information and options. “Settly was fantastic! It was seamless, all the work that Settly did.” The couple paid quite a bit of money to transfer their cats, but they traveled in style, they had food and a vet to check on them all the time. “Their tickets cost more than our airline tickets. But it was white glove service for our cats. And I would do it again in a heartbeat if we have to move them again”

Andrew and Milena are very happy with their relocation experience, it was smooth and efficient. Even though they were moving during the Corona peak and the American elections. They mention that Settly was very instrumental and fast in figuring everything out. They are very happy with the amazing apartment they found without seeing it in real life. Milena shared her favourite part of the Settly app “I absolutely adored the checklist on the app, it is my favourite thing ever, it is so satisfying when you tick the boxes.”

“We were nervous about moving to Europe. It was very anxiety provoking. But the Settly service was just spectacular, the whole thing. We had to pay everything by ourselves, but it was worth it and we would do it again. We were over the moon with the services. It was worth every penny.”

What was the first thing you did in Amsterdam?

“We were so excited to order food, as we didn’t have any Uber eats in Connecticut, because we were in the middle of nowhere. So the first thing we did - we ordered sushi, we were very excited, we hadn’t had sushi in over a year!”